The Bridge Hospital: How Concurrent Design and Construction Can Overcome a Tight Schedule

The Bridge Hospital: How Concurrent Design and Construction Can Overcome a Tight Schedule

The new Bridge Hospital represents the biggest construction project ever for Finland’s HUS Helsinki University Hospital. The project has been named the winner of the Best Public category of the Tekla Global BIM Awards 2020, where it was recognized for the extensive use of Tekla BIM software and collaboration tools in meeting a challenging construction schedule.

Over the past years, the HUS Helsinki University Hospital has increasingly concentrated its operations at its Meilahti area campus. The latest addition to the campus is the Bridge Hospital, which is being built over a four-year period beginning in 2018 with construction planned to be complete in 2022.

Named after its bridge-like structure that connects the new hospital’s towers, wards, and a day hospital into a single building, The Bridge Hospital’s design is challenging both architecturally and in its construction.

The most important success factors:
close collaboration and innovative ways of using BIM

The physical size of the new hospital is massive, and so has been the number of teams and people working on the project. It is estimated that until now 562 sub-contractors and 3400 persons have entered the site.

The key to success has been close collaboration in person and on the design tools. 50 stakeholders have joined one shared Tekla Structures model. Using Tekla Model Sharing they could work simultaneously in the same model without the risk of clashing plans.

The BIM coordinator has combined around 200 sub-models representing 16 different design fields, and the combined IFC models have been used for design coordination using Solibri. A comprehensive, constantly updated Dalux mobile model helps about 100 workers on site every day.

The combination site/production-model has been enriched in many ways to make it an easy and visual aid for various user groups on site. And when the inevitable changes have been made to the 3D models, the combined model makes sure that the changes flow across all persons utilizing BIM on-site. 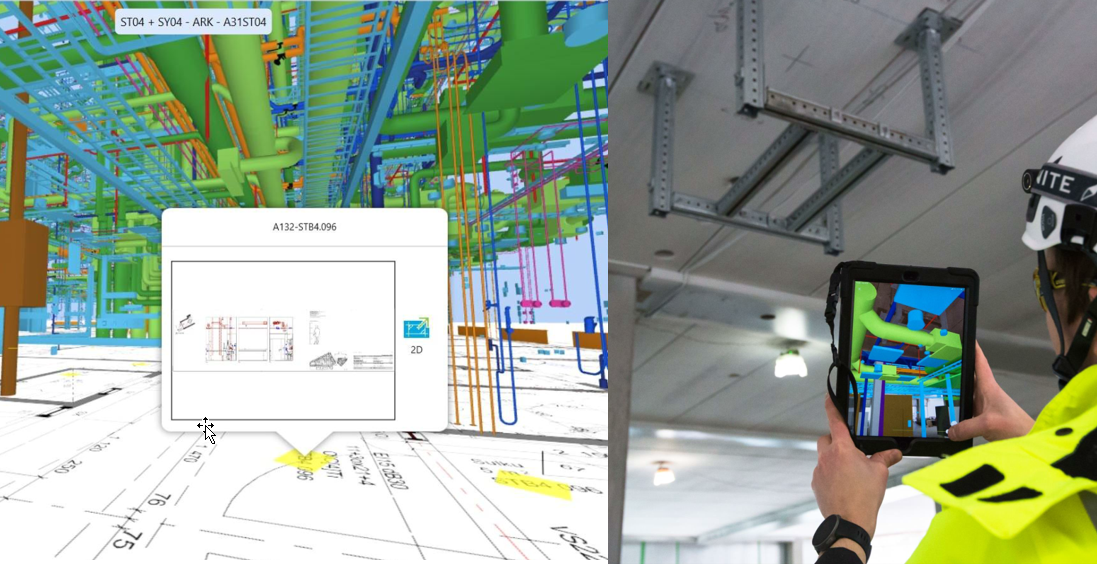 Peikko Group - responsible for Steel frame fabrication and Deltabeam design - joined the AINS Tekla 3D model. “We agreed that the best option was to have Peikko join our model for Deltabeam design and production. They knew Tekla and had already developed tools for those areas. The precast concrete fabricator was also able to directly take the information they needed from our 3D model for the production of the elements,” explains Aleksi Jutila, Project Manager, A-Insinöörit Oy.

“Even when precast element measurements vary, they use the same type of detailing and reinforcing. We automated their modeling and drawing output in Tekla and managed to reduce the time spent on drawings from 70% to only 10%. At the same time, the number of mistakes decreased and quality of drawings improved.“ 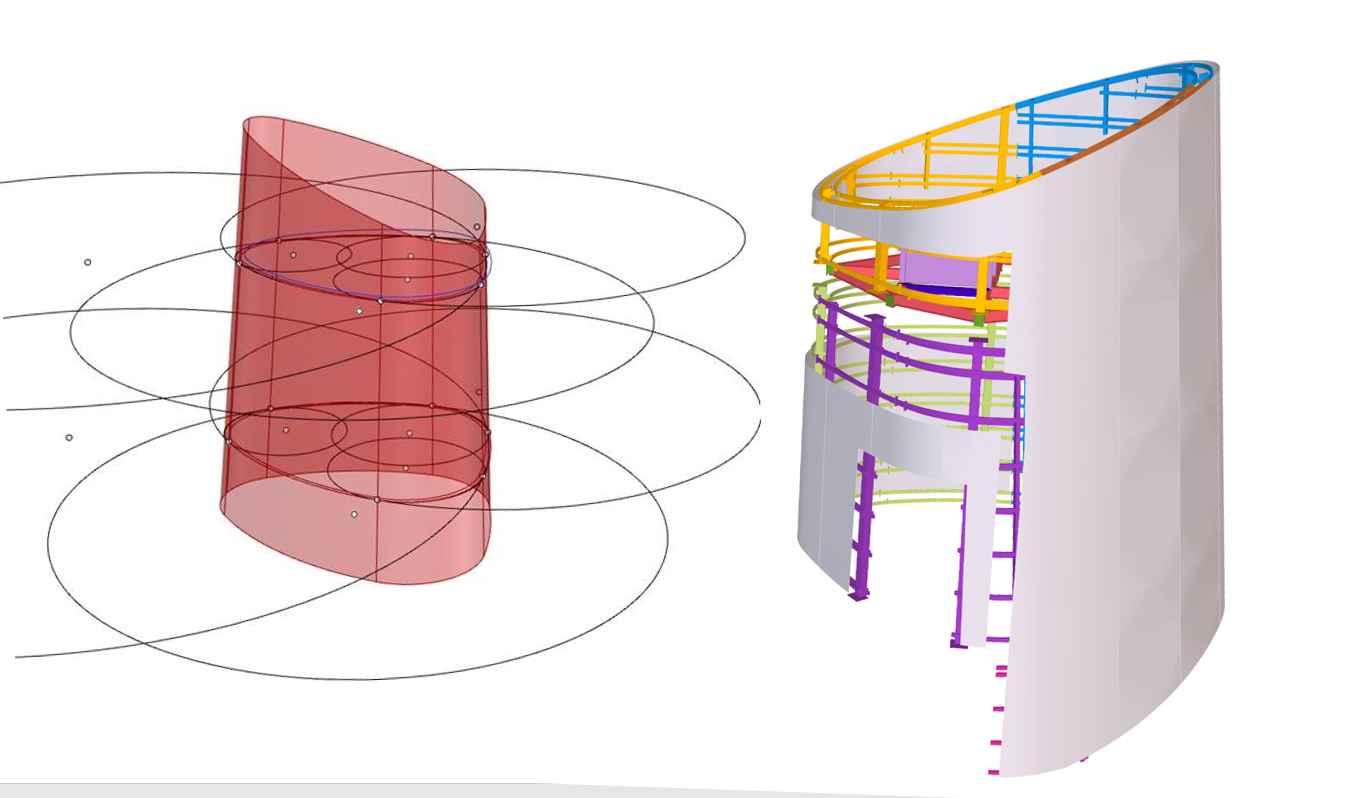 Maria Lennox, BIM Director from the contractor SRV Rakennus Oy, praises the innovative spirit of the project team. “Altogether the teams on the project took up project challenges eagerly and with open-minds. They took the existing tools and ‘bent’ those to find a workable
solution that met the project needs.”

The demanding four-year completion goal required the HUS Helsinki University Hospital team to take a new approach to the construction project. Rather than treating the design and construction phases sequentially, the Bridge Hospital is being built while the design process is still ongoing. 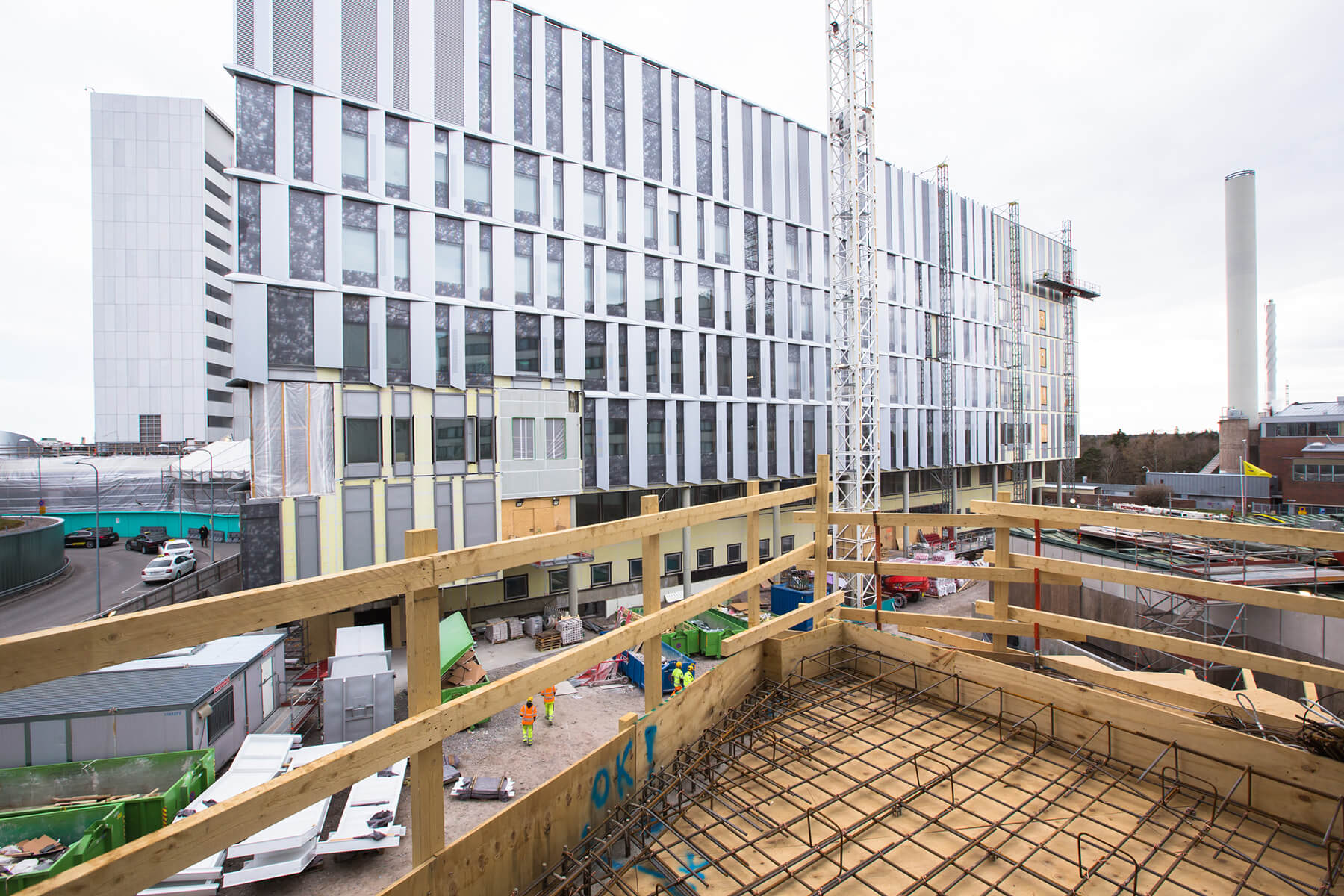 Exceptionally detailed modeling has been central to the project. Room charts were created almost exclusively by modeling. All building service systems including UI terminals and electrical outlets as well as furniture have been modeled and included in the projections. MEP and structural design models have been used as a reference in architectural design, and that has allowed the architectural model to be made richer.

The Bridge Hospital also has demanding designs such as large glass walls and roofs, and post-stressed shaft units. The construction requirements for the operating theaters and X-ray unit increase the complexity of the models.

Another challenge was the elaborate geometry of a steel-framed quiet room: “The quiet room took its inspiration from the funnel structures by the old Tower hospital entry. The new quiet room structure is even more complicated. We used Grasshopper for curvy structure modeling/design and brought it to our Tekla Structures model/BIM,” Jutila explains.

The 3D model made it possible to address the engineering challenges to connect the new hospital to the existing two hospitals located on the same side of the Meilahti campus.

“The connections between the existing hospitals and the Bridge Hospital are all on different levels and the structures are at oblique angles. It would not have been possible to create the new hospital without 3D modeling,“ comments Jutila.

Overall, this complex project has been proceeding successfully with extensive and detailed modeling. Continuous communications between the design and construction site teams relying on the shared 3D model has been identified as critical to the success of the Bridge Hospital project. The project is well on its way to completion in 2022.

The Bridge Hospital in numbers

We are professional and reliable provider since we offer customers the most powerful and beautiful themes. Besides, we always catch the latest technology and adapt to follow world’s new trends to deliver the best themes to the market.